One of NetFree's biggest goals is filtering the pictures. The use of the Internet many times requires images, whether of a product, or an image that contains a verification code, etc. Image filtering is done manually by Gentiles that filter each image according to the parameters of NetFree. The filtering goes according to picture content rather than the link. That is, after an image is checked, an image with the same content is not sent to recheck (from a digital standpoint) even if it is in a different location or even a different site. However, any graphic change, such as resizing, changes the digital content of the picture and makes it considered a different image that is checked by itself.

How does filtering work?

As soon as you open a page, all the pictures on the page are automatically sent to be checked. In a case where you need multiple pages with pictures, it is suggested to scroll through the pages in order that they be sent for checking. The time that it takes for a picture to return from checking is usually a few seconds, though at times it may take up to a couple minutes. On rare occasions there may be issues causing it to take a while. The estimated time that it is currently taking for pictures to be checked can be seen on the Quick help panel or on the NetFree home page, under NetFree in numbers.

There is a precedence of checking the pictures of a user who sent fewer pictures on that day to a user who has already sent many pictures.

In addition, during peak hours, after sending a large amount of photos (the amount varies according to the level of load), an exceptional caption will appear and additional photos will not be sent for review for a while (no more than 10-20 minutes).[1].


If you do not need images on some sites, you can prevent images from being sent for checking by using this extension.

After the images are sent to be checked, the system refreshes the images according to the average test time of the images at that moment, so all images are displayed except for images that are found to be inappropriate.

Currently, pixelated image creation is not supported instead of disqualified or submitted SVG images. Instead, an inaccessible image will appear: 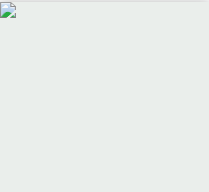 Attempting to access the image directly will lead to an error page: 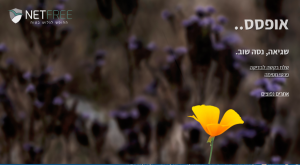 Try refreshing the page after a minute. If the image is approved, it will appear after refresh. There is no need to contact the support system.

Images that were mistakenly opened/closed

In case there was a mistake in the screening, either opening an inappropriate picture or closing an appropriate one, it can be reported via Quick help panel in two ways:

Please note: Pictures that are marked 'נשלח לבדיקה' should not be reported (except for cases of pictures not coming back from test or pictures that get stuck in the download process, and so on), this delays the test.

What if the reported image continues to appear?

It is possible that the problematic image you encountered will still appear on your computer after you report it. This happens because the image is still in your browser's memory, not because the report was not received. To solve this problem in Chrome, press Ctrl + F5, and in Firefox Press Ctrl + Shift + R, this will reload the page and the problematic image will be blocked. If this option is not effective, the browser's cache must be cleared.

Images that return from checking-auto refresh

What if the checked image does not appear?

As mentioned, the images will automatically return from the screening at the end of the time that it says in the panel. In cases where the estimated time has elapsed and the image still does not appear, you must manually refresh the images by clicking on "refresh images" in the NetFree panel. If this still does not help, try refreshing the page by pressing Ctrl + F5 (Chrome) and Ctrl + Shift + R (Firefox) If this option is not helpful, the browser cache must be cleared.

As mentioned above, filtering works by the source of the image, so there may be situations where the image will not be displayed because it is stored elsewhere. If you encounter this you can send a request (no need to add points). Also as we said earlier there are times that it may take longer than the average estimated time, so it is suggested to wait it out a bit if they don't open in that time frame.